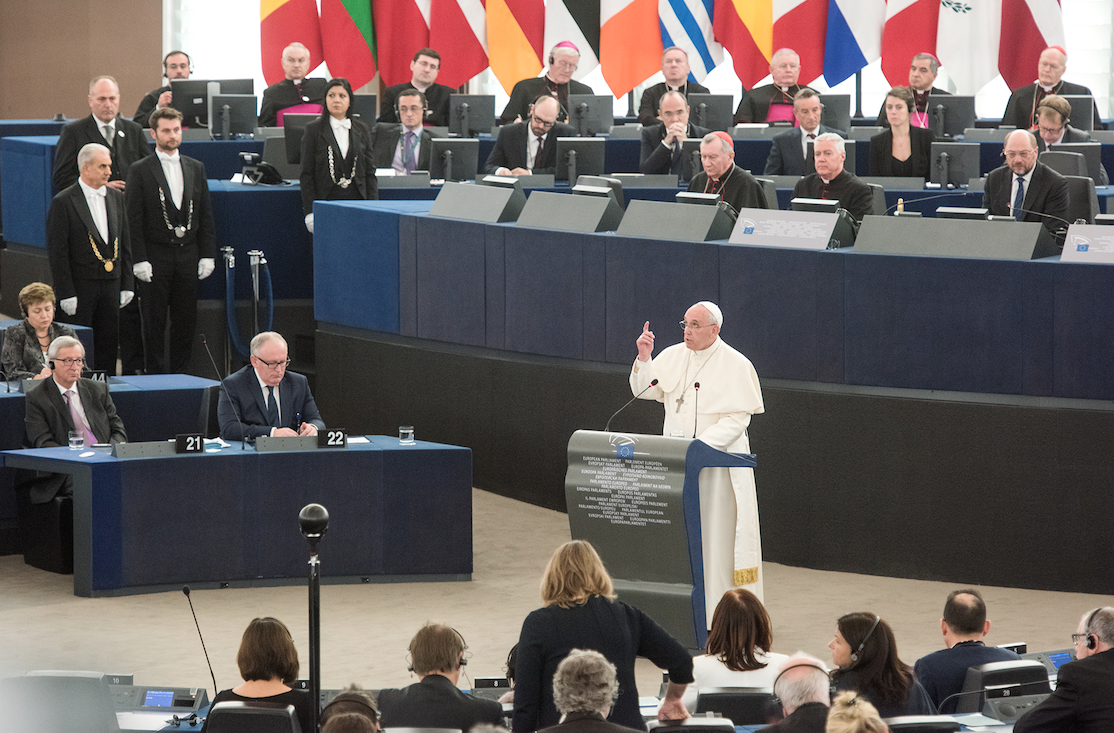 It’s not just his 6.3 million Twitter followers, or the 1.2 billion Catholics in the world, but “every person living on this planet,” that Pope Francis is speaking to in his encyclical letter Laudato si' - Praise be to you - On Care For Our Common Home.

Released in June 2015, advanced billing suggested the encyclical would focus primarily on climate change, so I was surprised when just a couple of pages into the ‘circular letter’ the Pope addressed the issues I work on every day: the impacts on human health, the environment, and social equity as a result of all of the stuff we make and use every day.

If what we purchase causes harm to people – even if they are thousands of miles away in communities that host mining sites, polluting factories, or dumps where our waste ends up – that is a moral issue.

The encyclical is an environmental science tour de force, covering a range of issues related to chemical contamination and the toxic materials economy, including: the life cycle impacts of products, the dangers of particular classes of chemicals like persistent, bioaccumulative chemicals and agricultural chemicals; the threat of widespread water contamination and toxic waste dumping; the dangers of resource extraction; the promise and challenges of biotechnology; and the importance of lifecycle thinking; biomimicry; recycling, and green chemistry.

The encyclical describes in detail the costs of production and excessive consumption - the degradation, death, and human suffering - and the disproportionate impacts on the poor. The Pope cautions that “the gravest effects of all attacks on the environment are suffered by the poorest”.

If what we purchase causes harm to people – even if they are thousands of miles away in communities that host mining sites, polluting factories, or dumps where our waste ends up – that is a moral issue.

The encyclical notes the ubiquity of pollution in the lives of every person on the planet and the cost in human suffering, linking it to a “broad spectrum of health hazards, especially for the poor” leading to significant death and disease.

The failure to address the impacts of our consumption violates the basic human tenet against killing others. It’s a strong statement, but the encyclical suggests that most people in the developed world are unaware of the full impact of their actions, and are shielded from the true costs of their consumption.  “It cannot be emphasized enough,” Pope Francis says, “how everything is interconnected.”

A year in the making and informed by a large team of mostly secular scientists, philosophers, and theologians, the encyclical offers a blueprint for an entirely new way of living in the world. The Pope applies a comprehensive and sophisticated systems analysis to explore the root causes of environmental degradation, linking it with corrupt social structures, human failures, injustice, and inequality. He calls for a new paradigm to address these intertwined challenges. 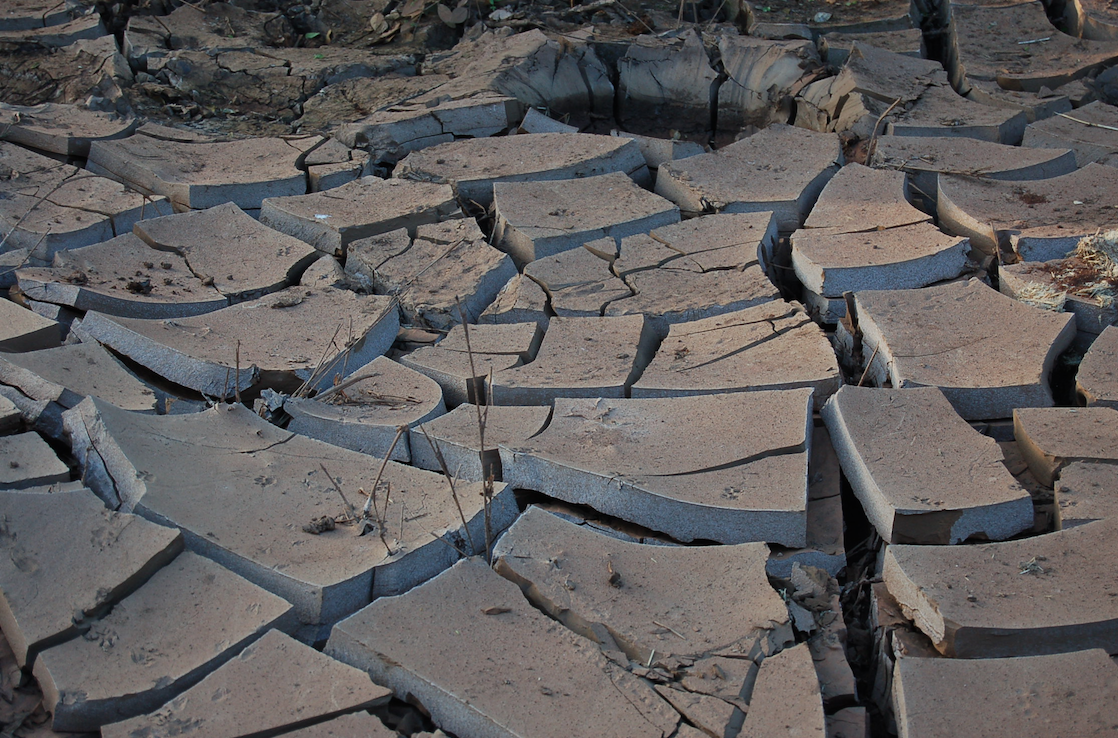 So, what is the significance of the encyclical for health care, and in particular, for those of us engaged in the work of greening one of the largest sectors in our economy? The encyclical is a resounding

endorsement of the priorities that Health Care Without Harm and Practice Greenhealth have set out to achieve, and an important challenge for all of us working to green the sector, to move even further upstream in order to address the intertwined systemic causes of environmental degradation and inequity.

The encyclical makes an urgent appeal “for a new dialogue about how we are shaping the future of our planet. We need a conversation which includes everyone, since the environmental challenge we are undergoing, and its human roots, concern and affect us all.” “Everyone’s talents” the Pope notes, will be necessary to redress the damage.

“Whether believers or not, we are agreed today that the earth is essentially a shared inheritance, whose fruits are meant to benefit everyone”

Pope Francis has laid out a secular argument for action on the environment, but he seems particularly interested in spurring people of conscience to tackle the moral implications of the scientific information he so forcefully presents. The scientific facts have become a moral imperative for action, he asserts.

Faith-based hospitals, already sustainability leaders in our country, may have an even more important role to play in furthering the dialogue outlined by the Pope. They could help engage the health sector in a deeper conversation about the cultural and structural changes necessary to address the challenges we face. Catholic healthcare facilities are the largest group of nonprofit health care providers in the nation. One in six patients in the United States receives care in a Catholic institution and 20% of hospitals nationwide are associated with some faith tradition. Health care’s mission driven leaders may be in a good position to lead this dialogue for the broader public.

It is our common mission and heritage to work for change. “Whether believers or not, we are agreed today that the earth is essentially a shared inheritance, whose fruits are meant to benefit everyone” and are the responsibility of everyone.

The encyclical is hopeful about the possibility of change, and points to a path forward.  The Pope notes many things that can be done including reducing consumption, and removing from the market products that are more polluting and less energy efficient. Pope Francis also urges citizen organizing. “Society, through non-governmental organizations and intermediate groups, must put pressure on governments to develop more rigorous regulations, procedures and controls.”

The Pope sends a special thank you to those working tirelessly on this issue already: “Here I want to recognize, encourage, and thank all those striving in countless ways to guarantee the protection of the home which we share.”

The Pope embraces the Precautionary Principle as an important decision tool when deciding how to evaluate our activities. He asks: “In any discussion about a proposed venture, a number of questions need to be asked in order to discern whether or not it will contribute to genuine integral development. What will it accomplish? Why? Where? When? How? For whom? What are the risks? What are the costs? Who will pay those costs and how?” He goes on to describe the Principle as a tool to “protect those who are most vulnerable and whose ability to defend their interests and to assemble incontrovertible evidence is limited.” The Precautionary Principle has long been an important tool guiding the work of Health Care Without Harm and the environmental health movement.

Finally, Pope Francis notes the positive examples of environmental improvement, both large and small, already taking place around the world. We are all up to the task, he seems to say, but we must all be engaged in changing the way we live. He urges action like reducing consumption, recycling, choosing safer products, turning off our devices every so often, getting into nature, and finding joy and meaning in experiences and each other rather than in things. Happiness is not found in material wealth, but comes from the way in which we conduct ourselves in the world.

He urges all of us to protect our special places, our regions, and neighborhoods, and notes “…rivers, polluted for decades, have been cleaned up; native woodlands have been restored; landscapes have been beautified thanks to environmental renewal projects; beautiful buildings have been erected; advances have been made in the production of non-polluting energy and in the improvement of public transportation.”

“For all our limitations,” the Pope asserts, “gestures of generosity, solidarity and care cannot but well up within us, since we were made for love.”

Tracey Easthope is the Environmental Health Director at Ecology Center