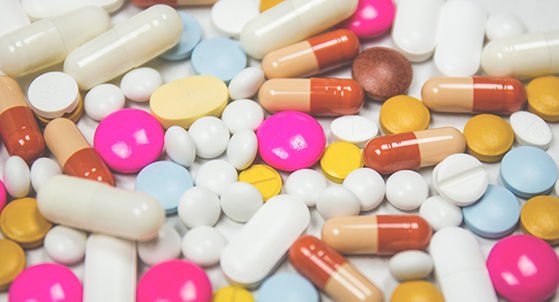 Stacia Clinton, Health Care Without Harm's national food program director, offers an effective and shockingly simple solution to continue to reduce the use of lifesaving medicines.

Sales of antibiotics in animal agriculture are down for the second year in a row thanks to clear demand from large food purchasers including health care and actions taken by the industry in response to FDA guidance. While promising, additional reductions in the use of antibiotics – particularly in beef and pork production – are still critical to prompt food producers, manufacturers, and large purchasers to explore how reforming on-farm practices can prevent the use of these life-saving medicines in the first place.

One effective and shockingly simple way to reduce antibiotic use in animal production is to produce fewer animals. Eating less meat and prioritizing produce on our plates also happens to be a strategy endorsed by the scientists of the World Resources Institute, EAT Lancet Commission, 2015 U.S. Dietary Guidelines Advisory Committee, and every USDA food guide since 1984 recommends moderation. Despite scientists and nutrition experts advising people to eat meat in significantly smaller portions and growing demand for plant-based meal options among consumers, the meat industry is deeming this age-old recommendation a “fad-diet.”

The meat industry has an obvious financial self-interest in keeping meat at the center of the plate. Unfortunately, their advocacy for endless meat and a solution focused on further condensing animal operations, opposes the trend towards greater animal welfare, environmental consideration, or farm diversification of interest to consumers. In some cases, the meat industry has hedged by buying shares in companies developing proprietary concoctions of products mimicking meat, many of which include considerable sodium, additives, and notable greenhouse gas emissions. There must be a better way.

Imagine animal agriculture as part of the solution – producing meat where lifesaving antibiotics are only used to addressed diagnosed illness, less meat is produced overall, and remaining food animals are grazing and integrated into diverse vegetable, grain, and legume production. Idyllic? Maybe. But possible if we all embrace change as necessary and take steps in the same direction – consumers, large purchasers, policymakers, producers, and the meat industry.