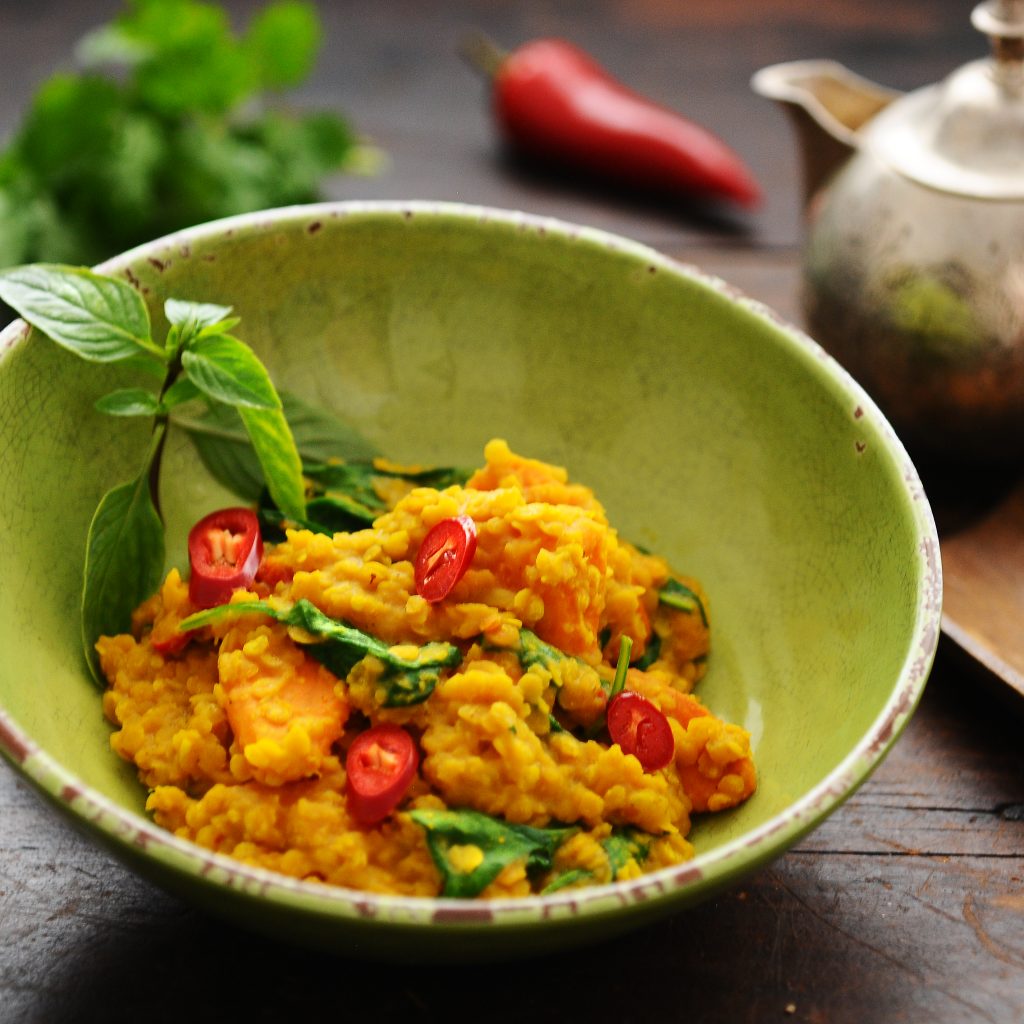 Michigan is the second largest dry bean producer in the United States and the top producer of black beans, cranberry beans, and small red beans. One Michigan hospital has made the move away from canned and processed beans, to exclusively dry beans, sourcing almost all of them from Michigan producers.

Since making the switch to dry beans, Bronson Health, a Practice Greenhealth member with hospitals in Kalamazoo and Battle Creek, have also piloted a blended burger, which was produced in-house with Michigan beef and black beans. The burger was the result of a partnership with the Center for Regional Food Systems at Michigan State University which has developed several bean-based blended meat products through a collaborative project between the Michigan Farm to Institution Network and Meat Network.

These efforts are part of Bronson Health’s goals to engage the community, employees and patients in creating a more resilient community through food and sustainability.

John Fear, Bronson Battle Creek Hospital executive chef and director of food and nutrition, got his start working at resorts and convention centers, but eventually made his way into hospital food service. While attending a local food event, he met with producers, some located just 30 miles “right up the road,” who were growing a wide variety of dry beans.

“I went to a food hub meeting in Battle Creek and met a couple of folks," Fear says, "I found out who their products were distributed through, got some pricing, talked to our cooks, and once we had some buy-in from our cooks, we decide that we were going to go ahead and make the change.”

In order to ensure success, Fear knew he would have to address a number of challenges. The added time for preparation and cooking would have to work for the kitchen staff, the price had to be right, and they would have to address changes in storage. He took the process one step at a time, and things fell into place relatively quickly.” Once Fear got buy-in from Bronson’s cooks, it took about four months to make the change.

“When we cook with dry beans, what can I say? It’s just a bean, there is nothing else,” he says “It’s not floating in a solution. There are no chemicals or salt added. So we end up with a really natural product, reduced sodium, good nutritional [attributes], and it tastes better.”

Pulses (also known as grain legumes) are a subset of food legumes, a term restricted to those used for the dried seed. Dried beans, lentils and peas are the most common varieties. Beans are one of the longest-cultivated plants. The common bean has been grown for about six thousand years in the Americas. Pulses provide a number of benefits, both for human health, but also as nitrogen-fixers in soil when they are used in crop rotation. In the past decade, pulse production in the United States is rising due to consumer interest, particularly in lentils and chickpeas.

Pulses can be prepared and consumed in many forms to make a delicious, healthy, and low-carbon footprint meal. Not only can be prepared whole or split to add a protein boost to soups, salads or on their own, but pulses can also be ground into flour, or fractionated into protein, fiber, and starch. Pulses offer a number of nutritional health benefits including high levels of minerals like iron, zinc, magnesium, and potassium as well as folate and other B-vitamins. They are rich in fiber and protein and are low in fat and low in caloric density. Half a cup of chickpeas contains 6 grams of fiber, nearly 25 percent of the recommended daily fiber dose. Although pulses have a fairly high carbohydrate content (50 to 65 percent), they maintain a lower glycemic index depending upon the the level of cooking and processing. While pulses can be difficult to digest, cooking and sprouting improves the digestibility.

Regular consumption of pulses has been associated with various health benefits, including decreased risk of cardiovascular disease, diabetes, obesity, and colorectal cancer. The significant nutritional value and satiating power of pulses make them one of the most underutilized nutritional superfoods around.

Pulses for the planet

In addition to an array of nutritional benefits, when compared to other food groups, legumes generally have the lowest environmental impacts associated with their production across indicators, including greenhouse gas, land, and water footprints, and—with the exception of soybeans—pesticide and fertilizer use. Legumes may also enhance soil, above-ground vegetative and invertebrate biodiversity, and benefit an entire agricultural operation in various ways when they are planted as components of cropping rotations or even integrated crop-animal systems.

Legumes also have relatively few social justice concerns directly associated with their production. In fact, some varieties of imported legumes may be purchased through fair trade certifications to support small producers, workers, and communities in exporting countries.

What should other food service directors take away from the Bronson Health example?

"First and foremost, they are going to save money," says Fear, "The tradeoff is you’ve got a little more production work to do, though not very much. The positive on your end is that you will have a more nutritious product and you are going to save money. The silver lining is you are helping to support a local farmer.”

Bronson’s work highlights the possibilities of incorporating legumes into the hospital menu. To help hospitals and other institutions in Michigan source and serve local dry beans, Cultivate Michigan provides a product guide and updated sourcing information dry beans and many other Michigan-grown products. Health care without harm also offers purchasing guidance for hospitals.

Learn more about pulses and other protein alternatives.

Excerpts from this article were originally produced by the Michigan Farm to Institution Network for Cultivate Michigan, and have been adapted and included with permission.