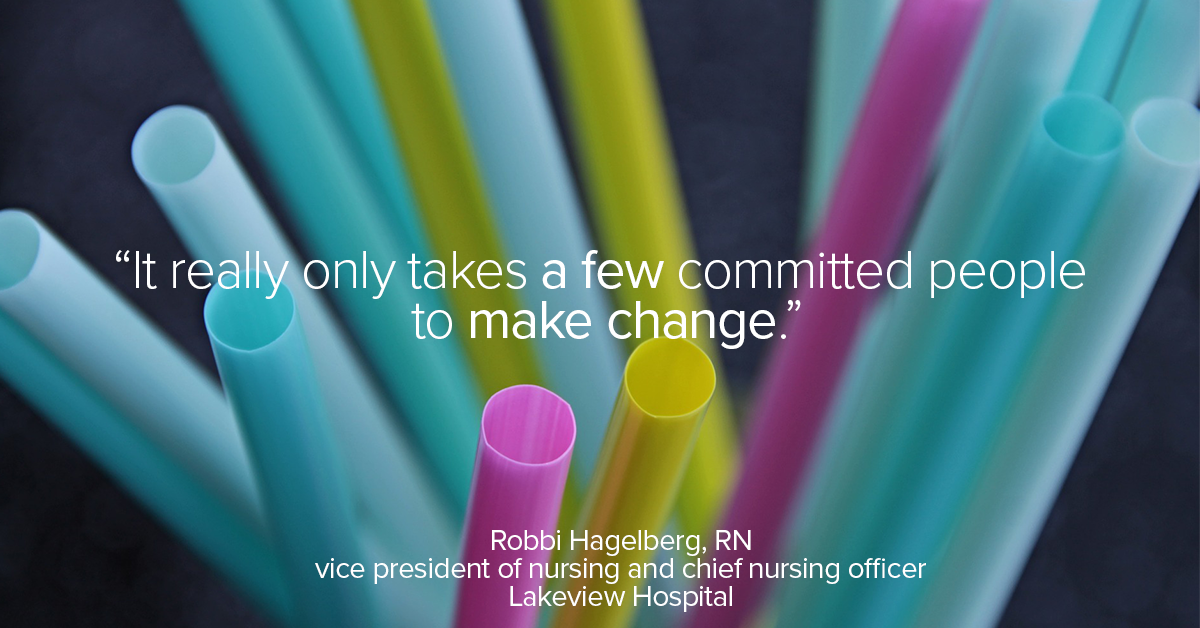 Robbi Hagelberg’s grandmother always wanted to be a nurse but didn’t have the opportunity. So, as a young girl growing up in rural Iowa, Hagelberg knew she wanted to make her grandmother proud by becoming a nurse.

Now, after 35 years as a nurse, she says she can’t imagine a more rewarding career. She says it’s given her a great outlook: “Every day I wake up thankful for my health and for the health of my family.”

Over the past decade, Hagelberg has developed a growing awareness of how climate change is impacting the health of her family and her community in Stillwater, Minn. Extreme weather hit her community hard last year with two severe storms in just one week, including hail and wind so strong it pulled up 100-year-old oak trees.

“I have never lived through storms like that before,” she says.

Hagelberg also says her family doesn’t dare venture into the woods on her property from April to August because of an increasing tick population. She’s also concerned about air and water quality in her community.

It’s these health concerns that motivated Hagelberg to become a Nurse Climate Champion through the Nurses Climate Challenge, sponsored by the Alliance of Nurses for Healthy Environments and Health Care Without Harm. As the vice president of nursing and chief nursing officer at Lakeview Hospital, part of the HealthPartners health system, Hagelberg recognizes she has the opportunity to help educate her colleagues. Through her work with her hospital’s green team, she also knows there are many ways to address the large impact hospital operations have on the environment, and she is eager to involve nurses in this work.

“At some point,” she says, “you have to put your money where your mouth is.”

Hagelberg is already making a difference as a Nurse Climate Champion, hosting two educational events on climate and health in the less than two months since the challenge launched. She first educated colleagues at an all-nursing staff meeting and then at the hospital’s leaders meeting, sharing the health impacts of climate change with a total of 80 health professionals. She will also present at the upcoming regional HealthPartners Nursing Leadership meeting, which brings together leaders from four hospitals in the HealthPartners system, as well as directly to nursing staff at three of those hospitals later this year.

“As nurses we have a lot of influence. Patients trust us; they value our input...so we have the opportunity to influence in a way that other professionals don’t,” Hagelberg says. “We also deal with patients who are feeling the impacts of climate change, so there’s an opportunity to make the connection for those patients. What they are experiencing in their health is connected to their environment and what they are exposed to.”

Encouraging nurses to have those conversations is an important part of the work Hagelberg does at Lakeview. 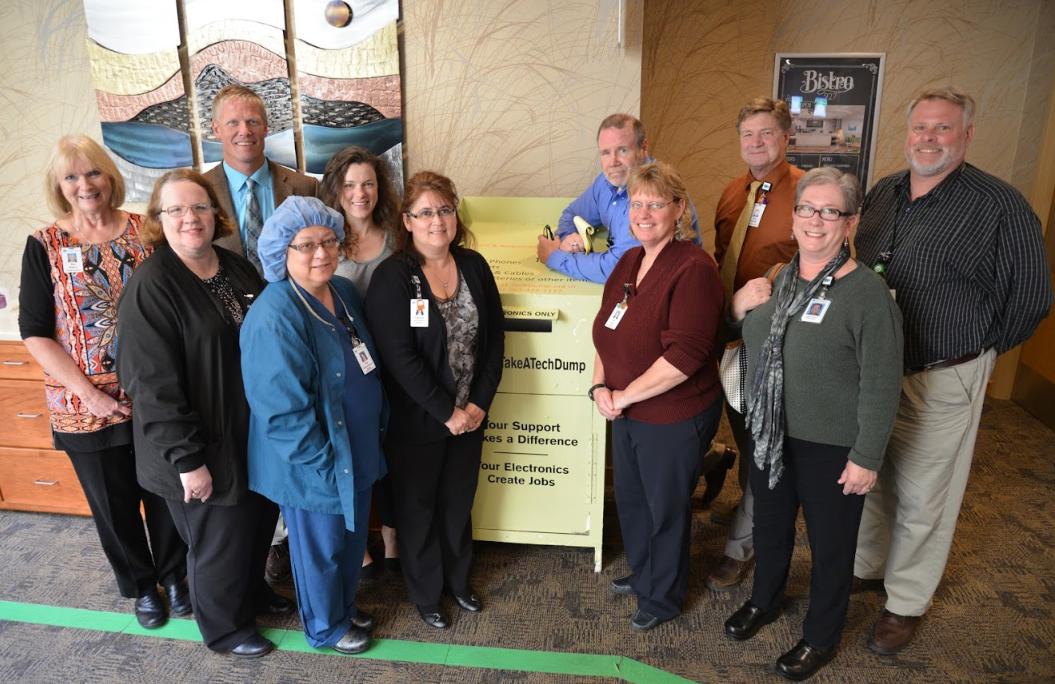 A group of Lakeview's climate champions

She is proud to work at a health system that sees caring for the environment as an integral part of its healing mission. Four HealthPartners hospitals received the Top 25 Environmental Excellence Award from Practice Greenhealth in 2018. She is motivated by the idea that “it really only takes a few committed people in each department to make change. Our infusion department has eliminated straws in their department and are now working on eliminating plastic stirrers for coffee. They are also working on disposing of all waste in an environmental way.”

She says her fellow nurses and other colleagues have thanked her for helping them become aware of the effect climate change is having in their community and how they can respond.

“If I can influence even a few nursing staff,” Hagelberg says, “I know I will have done my part.”

You can do your part by joining the Nurses Climate Challenge or sharing this opportunity with your nursing colleagues today.

Robbi Hagelberg, RN, is the vice president of nursing and chief nursing officer at Lakeview Hospital in Stillwater, Minn. She has been a nurse for 35 years. She is married to her high school sweetheart and has two grown daughters who also live in the area.