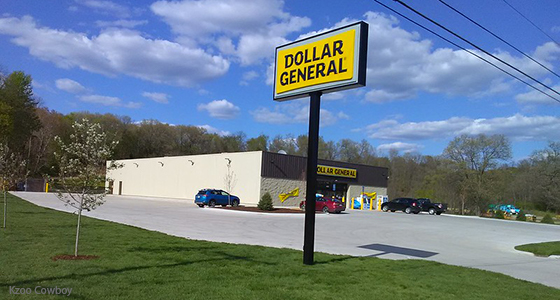 Dollar stores are starting to expand offerings to include fresh produce. (Kzoo Cowboy/Flickr)

With more than 15,000 stores, Dollar General now ranks within the top 25 food retailers in the country. Seventy-five percent of people in the United States live within five miles of a Dollar General, and that number will only grow as the retail chain opens roughly three stores per day.
With so many people getting their groceries from these stores, health advocates are not only focusing on the types and quality of food for sale at dollar store outlets, but also on the impact these stores have on local economies and community resiliency more broadly.

Dollar stores typically stock highly processed and packaged foods but are starting to expand offerings to include fresh produce. A coalition of groups is asking that the stores take it one step further and commit to selling locally and sustainably produced fruits and vegetables, following suggestions designed through their Local Food Solutions project. National organizations, Coming Clean, Environmental Justice Health Alliance, Campaign for Healthier Solutions, Health Care Without Harm, and the Natural Resources Defense Council, in strategic partnership with New Mexico-based organizations, Agri-Cultura Cooperative Network (ACN) and Los Jardines Institute, have been working for approximately two years to advance Dollar General’s purchasing strategies in this way. 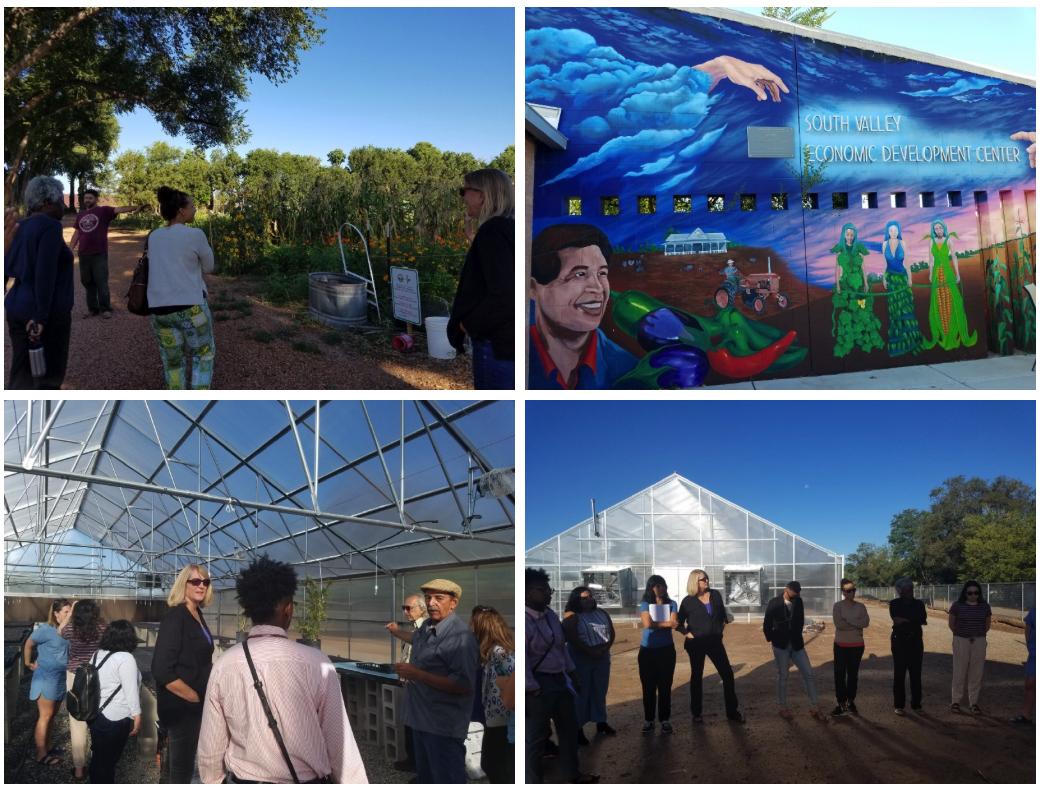 35 advocates from across the country gathered to learn about the pilot project and discuss the potential for replication at Dollar General stores across the United States. During the meeting, participants also toured local food access and farming projects (Amber Hansen).

Led by the local organizations, the group is advocating specifically for dollar stores in the South Valley and International District of Albuquerque to stock organic produce grown by Agri-Cultura Network (ACN) cooperative farmers, as an opportunity to not only improve access to healthy foods in underserved communities, but also to bolster the local food economy by supporting local producers. ACN consists of nine cooperative South Valley farms and 36 allied farms from urban and rural Rio Grande communities. ACN sells to Albuquerque Public Schools, hospitals, a 300-member community-supported agriculture (CSA) program, restaurants, and retail. They also play an important role in making this same produce available to their neighbors and community members in the South Valley who lack access to organic fruits and vegetables.

And as Helga Garza, ACN executive director, puts it, "The vision is a sustainable local food system that builds assets of small farmers and strengthens community health and well-being.” She says that they are able to do what they do because of a “commitment and love for the land and understanding and respecting the responsibility we have when we put seeds in the ground and do it for the community.”

Agri-Cultura Network also helped to host the recent national strategy meeting, held at the South Valley Economic Development Center (SVEDC) in Albuquerque, that brought together 35 advocates from across the country to learn about their pilot project, as well as to discuss the potential for replication at Dollar General stores across the United States. During the two-day meeting, participants also toured local food access and farming projects: eco-wellness farm and food hub at First Choice Community Healthcare’s Centro Familiar in the South Valley, and ACN's farmer training program, Grow the Growers, at the Gutierrez-Hubbell House – seeing in real-time the connections between community, health, and food that are being cultivated in the South Valley.

Most recently, ACN hosted Dollar General executives in Albuquerque. Over the course of two days, Dollar General toured ACN’s land and farmer training program, as well as two of their own stores located in the South Valley. They also shared lunch with a diverse group of community advocates, from Presybterian Healthcare Services staff to Senator Linda Lopez, all united by the shared interest in supporting ACN’s efforts to sell local, sustainable produce in Dollar General outlets. The meeting was successful, not only in demonstrating the strong community support for the project but also in highlighting Dollar General’s commitment to developing working solutions to meet their goals and the goals of the South Valley.

“The community in the South Valley lacks access to fresh produce,” says José Bravo, Campaign for Healthier Solutions, national coordinator, “the Local Food Solutions project aims to not only bring fresh produce to the community but also support local farmers, businesses, as well as reducing their carbon footprint."

With the scale of Dollar General, and the growing commitment to purchase local produce, project successes in Albuquerque have amazing potential to spark replication in similar communities across the country.