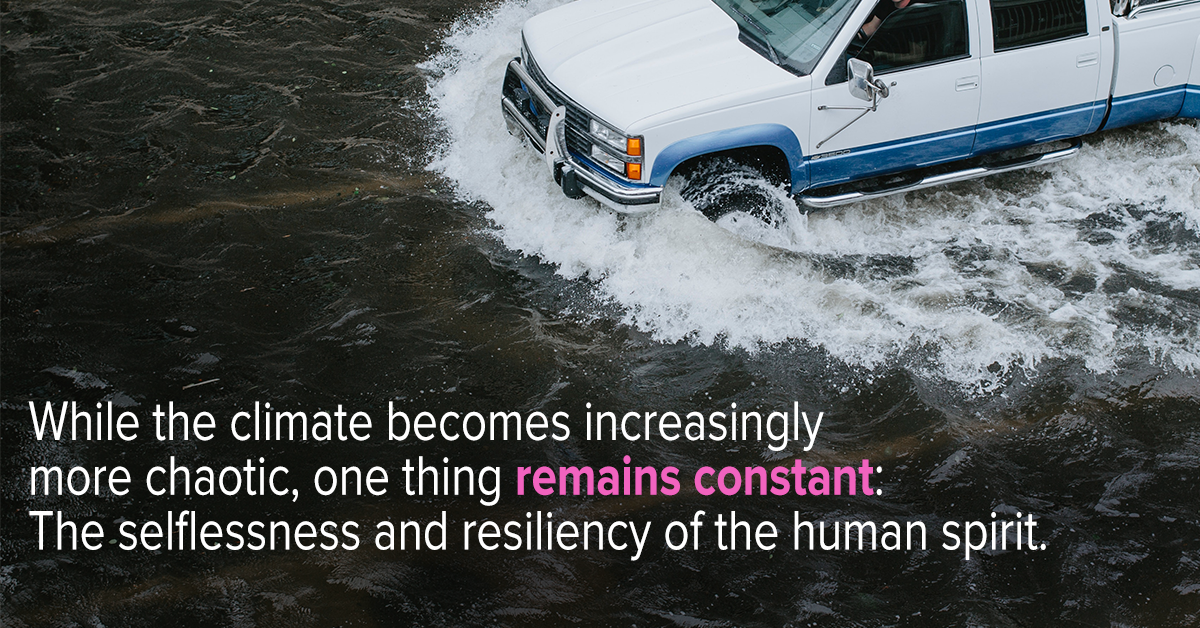 Wildfires are getting more frequent and more destructive. The U.S. just had its wettest 12-months on record. And at this very moment, communities across the midwest and southern U.S. are experiencing unprecedented flooding and "tornado outbreaks," the likes of which they've never seen before. As Dr. Jody Tishmack writes, "weather extremes are breaking records and our climate is becoming increasingly chaotic."

But while the climate becomes increasingly more chaotic, one thing remains constant: The selflessness and resiliency of the human spirit.

As floods and fires tear through communities, heroes continue to rise literally out of the ashes and floodwaters. Stories of firefighters, nurses, doctors, and emergency responders risking their own lives and homes to protect their neighbors serve as both a harrowing reminder of our need to fight climate change and a beautiful example of heroism in the most desperate of times.

Let's meet some of these heroes.

Every year Health Care Without Harm honors an individual with the Environmental Health Hero award. This year, the nonprofit organization didn’t stop at one person. They’re recognizing the entire staffs at three California hospitals who went above and beyond to care for their communities during extreme weather events from wildfires to heat waves.

Dignity Health-California Hospital Medical Center made sure vulnerable members of community received attention and care during record-setting heat waves in 2018.

And doctors, nurses, and staff in every role from janitorial to reception at Sutter and Kaiser Permanente hospitals in Santa Rosa, Calif., cared for their neighbors during the 2017 wildfires in spite of their own homes being threatened by flames.

“As flames rose on the hillside behind the hospital, our physicians, nurses, and staff set their own personal losses aside to ensure that their community preserved emergency health support. In the end, 74 of our caregivers lost their homes.”  – Lloyd Dean, Dignity Health president and chief executive officer, in Health Affairs

“Climate change was at their doorsteps, and staff at these hospitals showed up,” said Gary Cohen, Health Care Without Harm founder and president. “From hurricanes in South Carolina to flooding in the Midwest, health care professionals across the country are proving the power of hospital resiliency during extreme weather events by going beyond clinical care and becoming a safe haven for their communities.”