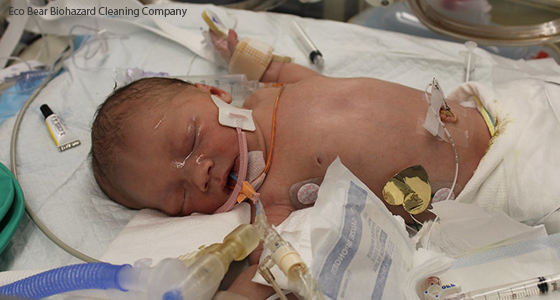 Dangers of phthalates and DEHP

Phthalates, a family of industrial chemicals used to soften polyvinyl chloride (PVC) plastic and as solvents in cosmetics and other consumer products, can damage the liver, kidneys, lungs, and reproductive system.

Recent studies in human populations confirm some of the adverse impacts of DEHP on male reproductive tract development first identified in many experimental animal studies. A systematic review also finds that higher exposures to DEHP are associated with sperm abnormalities and lower testosterone levels.

Recent studies also show that prenatal exposure to phthalates is associated with adverse impacts on neurodevelopment, including lower IQ, and problems with attention and hyperactivity,
and poorer social communication.

Medical devices made of flexible PVC, such as IV bags and tubing, can leach the phthalate DEHP into patients, resulting in some of the highest exposures to this toxic chemical. Several government agencies have concluded that some patients are likely to be exposed to potentially unsafe amounts of DEHP while receiving medical care. Researchers at the Harvard School of Public Health have found that sick infants treated in neonatal intensive care units can have high exposure levels to this reproductive and development toxicant.

Health Care Without Harm’s analysis “Polyvinyl chloride in health care: A rationale for choosing alternatives” elaborates on these concerns and provides the rationale for the following position statement.

Outside the health care setting, people are exposed to DEHP and other phthalates from a variety of sources, including beauty products, PVC toys, vinyl shower curtains, car seats, wallpaper, and many other consumer products.

Health Care Without Harm has compiled a comprehensive report about the risks associated with aggregate exposure to phthalates.

The National Academy of Sciences in their report, Phthalates and Cumulative Risk Assessment: The Task Ahead, recommends that risks associated with phthalate exposure should be considered in the context of cumulative exposures to all phthalates and other anti-androgens. When infants, toddlers, and pregnant women are exposed to DEHP from medical devices, it adds to the already existing burden of chemicals that also may interfere with normal development of the reproductive tract.

Congress passed the Consumer Product Safety Improvement Act of 2008, which includes a federal ban on phthalates in toys and children's products, taking action to reduce exposures and protect children's health. As of the final rule in 2018, DEHP is one of eight phthalates banned from children's products through this federal legislation.

The study, Baby Care Products: Possible Sources of Infant Phthalate Exposure, published in Pediatrics, 2008, indicates that infants receive widespread exposure to a variety of phthalates found in lotions and shampoos. These exposures are especially concerning for young infants who are most vulnerable to harm.

Health Care Without Harm and partners have also conducted product testing and found phthalates in many top-selling beauty products. Test results are compiled in the reports: