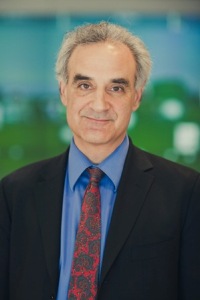 The health care sector is a massive consumer of energy. Its use of advanced medical technology and the 24/7 nature of hospitals make them the second most intensive user of energy in the economy. An average hospital uses twice as much energy per square foot as a typical office building. And because hospitals rely on the electrical grid just as much as we do, they are just as reliant on fossil fuels to power their facilities, as we are to power our schools and homes and office buildings.

So why should the health care sector bear any more responsibility to reduce its reliance on fossil fuels and invest in clean energy and other low carbon innovations? Because our societal reliance on fossil fuels is making us sick and leading to an unprecedented global public health crisis. Our addiction to fossil fuels is the principal driver of climate change. We are learning that the climate crisis is intimately linked to a plethora of negative health outcomes. These include heat stress, food insecurity, increased asthma and respiratory diseases, the spread of mosquito borne diseases like Dengue Fever and malaria and the spread of water borne diseases like diarrhea during times of flooding. The World Health Organization has called climate change the greatest public health threat of the 21st century.

Our reliance on coal is of particular concern. Coal negatively impacts people's health throughout its lifecycle, from mining it to consuming it to emitting it in the atmosphere. Coal is directly linked to heart disease, asthma, low birth weight and increased risk of stroke. Coal is also the largest contributor to global climate change. So as a matter of global public health, we need to phase out our use of coal and transition to cleaner energy sources.

The health care sector has a unique role to play in leading the societal transition away from fossil fuels. First, it can build in greater resilience into its own infrastructure so it can stay operative in times of extreme weather. We learned from both Hurricane Katrina and Hurricane Sandy that complete reliance on the electrical grid can render hospitals uninhabitable and make it impossible for them to respond to the public health emergency that extreme weather events bring. To address this, hospitals can install on-site power, place critical operations functions above ground level and install operable windows if the cooling system breaks down. The good news is that installing on-site power generation also saves hospitals money and reduces their greenhouse gas emissions.

The other critical role that health care can play is to exercise its moral and political power to support policy to rein in climate change, to stop subsidizing dirty energy and instead put a price on carbon emissions. Health care professionals are some of the most trusted members of our society. If they can step up and speak to the health issues related to our continued addiction to fossil fuels and the health benefits of investing in cleaner energy, they can help tip the political debate in this country and around the world regarding the urgency to act on climate change.

When we finally decided to kick our addiction to tobacco as a society, the Surgeon General issued a health warning; we got doctors and nurses to stop smoking and talk to their patients about its hazards; we banned tobacco from health care institutions. We are in a similar but more urgent situation now regarding climate change. Health care needs to play a catalytic role in kicking our addiction to fossil fuels and putting us all on a path toward a healthier future.