“What does my food have to do with antibiotics?” is a question every conscientious foodservice director has encountered. Perhaps in the hospital cafeteria, a customer will look askance at the poster reading “poultry was raised without routine antibiotics,” mumbling something under their breath about rising food costs and residue on the meat.

The truth is that misinformation about antibiotics is nearly as pernicious as antibiotic-resistant bacteria.

Health Care Without Harm is hosted a webinar to help hospital foodservice staff market and promote featured sustainable products (with a focus on meat and poultry raised without routine antibiotics) and communicate the importance of their work to customers, colleagues and administration. Learn from others who have had success and receive tips and tools for building your program. Kurt Roessler, Patti Oliver and Hillary Bisnett presented.

Infections caused by antibiotic resistant bacteria account for 23,000 deaths per year in the United States1 and, if left unchecked, could be responsible for more deaths than cancer by 2050.

Gearing up for Get Smart About Antibiotics Week and an upcoming webinar about marketing and promoting antibiotic stewardship in food service, experts from Health Care Without Harm’s Healthy Food in Health Care Program, clinicians, and foodservice directors debunk four of the toughest myths regularly encountered in hospital food service. These busted myths can serve as catalysts, arming food service directors and staff with responses and clarification to help them act as champions for antibiotic stewardship through sustainable food purchasing in their facilities.

Myth #1: Antibiotics will always be available and effective in treating disease.

Truth: Misuse and overuse of antibiotics leads to antibiotic resistance.

Multiple interconnected factors contribute to the spread of antibiotic resistant organisms. The current system of animal agriculture that is highly reliant on the use of routine antibiotics is of primary concern.

Saul Hymes is a Pediatric Infectious Disease Physician at Stony Brook University Hospital and serves as a steering committee member for the Clinician Champions in Comprehensive Antibiotic Stewardship Collaborative. “The ultimate root of the issue is overconsumption of meat, high demand, and an industrialized agriculture approach that leads to overuse and mismanagement of resources, including antibiotics, ” Hymes says, “Clinicians and healthcare facilities [should] have more of a consistent voice in institutional policy, procurement by institutions, [and] public policy on the part of local, state, and even federal government [regarding antibiotic stewardship].”

When asked whether antibiotic resistance is a problem, you can say:
More than 20,000 people are dying each year in the United States due to antibiotic-resistant infections and these numbers are expected to rise. Sickness and death can be prevented by using less antibiotics overall. As a food service director, this means purchasing and serving meat raised without routine antibiotics. 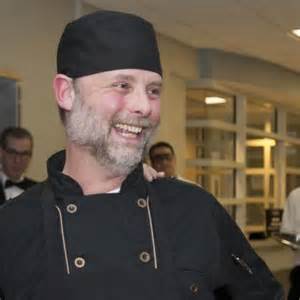 Kurt Roessler, Director of Food and Nutrition at Huggins Hospital in New Hampshire says that this is one of the biggest myths he encounters on a regular basis through his line of work. He says, “Quite frankly, the major thing that I notice is that people aren’t aware that this is happening. People just aren’t aware that they’re giving non-therapeutic doses to these animals every day. I’ve had people shocked by that. They just can’t believe that it happens.”

The use of routine antibiotics (that is, constant low doses of antibiotics, as opposed to therapeutic antibiotics used to treat sick animals) is commonplace in industrial-scale meat production facilities to compensate for the unsanitary conditions resulting from overcrowding. 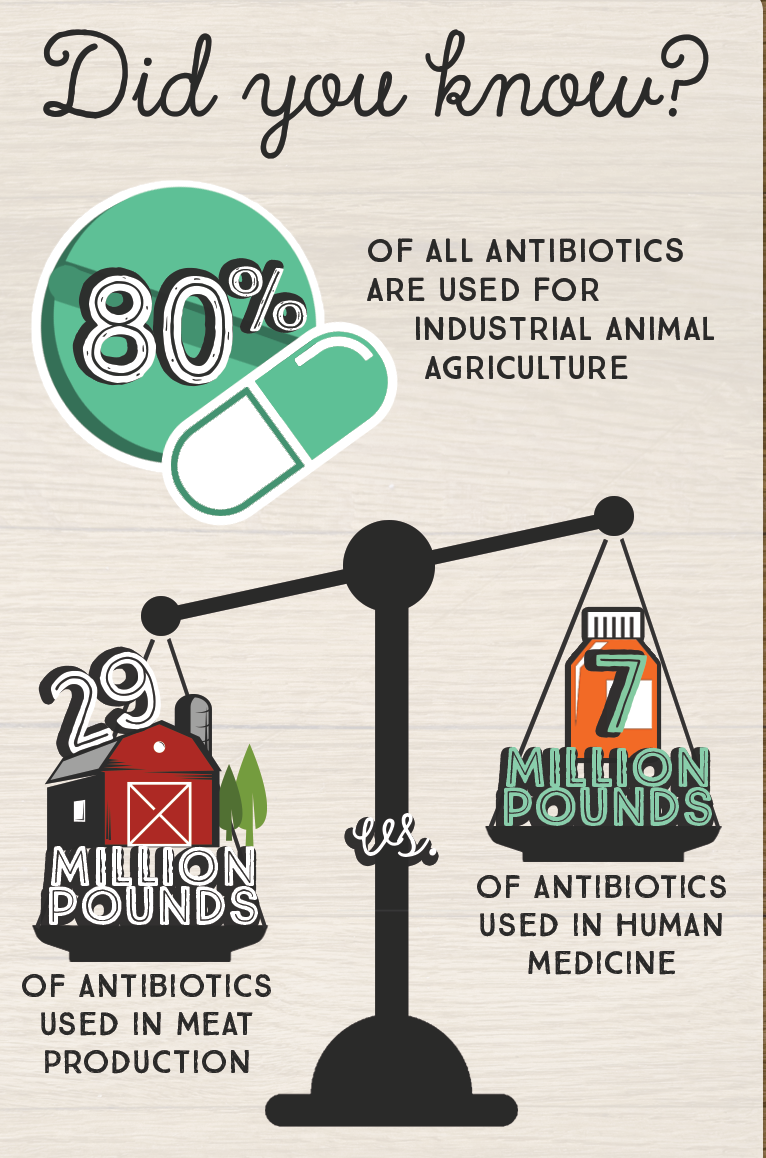 Antibiotics are also being given to animals so that they will gain weight more quickly and will use less food to gain weight. In 2011, nearly four times the quantity of antibiotics (by weight) was used in animal agriculture as was used to treat infections in humans.2

Disease tends to spread quickly when animals are confined and stressed, and as described above, dosages of antibiotics that are not strong enough to kill the offending bacteria make the bacteria resistant.

Antibiotic resistant bacteria in animals’ digestive systems can then be transferred to humans through contact with contaminated fertilizer, food, or water. Humans who are sickened and are taken to the hospital can then spread the disease further in the healthcare setting.3

When asked about the link between food choices and antibiotic resistance, you can say:
Routine, non-therapeutic use of antibiotics in animal agriculture is breeding antibiotic-resistant pathogens which make tens of thousands of people sick each year and may result in more deaths than cancer if left unchecked. We are doing our part by serving meat and poultry raised without routine antibiotics.

Truth: The price point for meats raised without routine antibiotics continues to decrease as the demand for these products grows. The cost savings associated with reducing antibiotic resistant infections far outweighs the initial investment.

Hospitals are banding together to demand sustainable meat and poultry that is raised without the use of routine antibiotics. Earlier this year, when calling on producers and manufacturers to supply more sustainable meat in collaboration with leaders at eight other U.S. health systems, Robert McLellan, Medical Director of Occupational Health and Environmental Medicine at Dartmouth-Hitchcock said, “Antibiotic resistance is a daily problem for our patients and physicians. Dartmouth-Hitchcock has made a commitment to serve meat raised without routine antibiotics to protect the health of our patients, staff and community. We are proud to join others in the health care industry to use our enormous economic clout to influence the market.”

Hillary Bisnett, National Procurement Director for Health Care Without Harm’s Healthy Food in Health Care Program explains that, “In 2015, Health Care Without Harm and Practice Greenhealth found that more than half of hospitals surveyed were purchasing meat and poultry products raised without routine antibiotic use, and were spending an average of nearly 15% of their food budget on local and sustainable foods. Representing nearly 18% of the economy, the health sector has the power to help shift the entire marketplace, benefiting public health and making products safer for all consumers.” 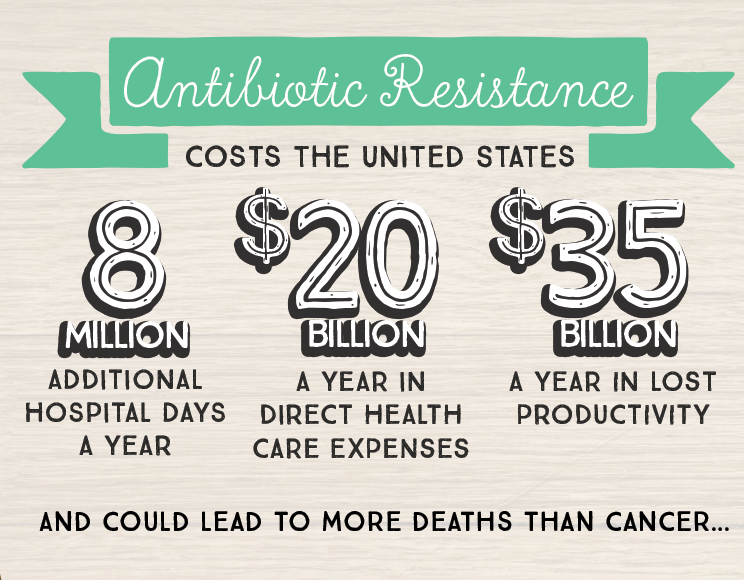 In the meantime, hospital foodservice directors are finding creative and healthful ways to fit antibiotic-free products into their budgets, and hospitals are seeing the value in prioritizing these products.

In order to do this, Huggins Hospital has been watching portion sizes and stopping the procurement of expensive processed foods, opting instead for lower cost whole foods. Revenue has also been increased through marketing of their better meat options to the wider community in addition to hospital patients, visitors and staff. “We have people coming in [off the street] just for our burger because they know it is local and antibiotic-free,” Roessler adds.

Roessler also points to the cost of treating antibiotic resistant infections. “The numbers are mind-blowing, as to what it is actually costing hospitals.” He is right. According to the Infectious Diseases Society of America, treating resistant infections costs the U.S. health sector an estimated $21 to $34 billion annually due to longer, more expensive hospital stays.

With these numbers in mind, it makes sense for hospitals to make a commitment to antibiotic stewardship through their procurement policies, even if a small initial investment is required.

When asked whether meat raised without antibiotics is costing the hospital more money, you can say:
Food service directors are creative. We find ways to work within our budgets, such as keeping a close eye on portions, reducing processed foods, and watching for sales. In addition many hospitals and other large institutions are banding together to combine our demand for these products and the price is dropping as availability increases. However the cost savings associated with reducing antibiotic resistant infections far outweighs the investment in meat produced without routine antibiotics. Even a minimal reduction in antibiotic resistant infections could save health care billions of dollars each year.

According to the “Emerging Pathogens in Meat and Poultry Report” produced by Pew Charitable Trusts, “Outbreaks of drug-resistant Salmonella are an emerging concern. Salmonella was the most common cause of antimicrobial-resistant foodborne outbreaks between 1973 and 2011.” 4 In addition, meat and poultry commodities account for 40% of bacterial foodborne illnesses.5

The U.S. Food and Drug Administration (FDA) implemented a voluntary plan in 2013 to phase out antibiotics being used primarily for production purposes (a.k.a. growth promotion) rather than disease prevention and treatment. However, “voluntary” is the key word in this plan and low doses of antibiotics for disease prevention (a primary factor in antibiotic resistance) are still accepted within this framework.

Despite concerns of foodborne illness and antibiotic resistant pathogens, the FDA reported a 23% increase from 2009 to 2014 in domestic sales and distribution of medically important antimicrobials approved for use in food producing animals.6

Some consumers may worry that the main problem with antibiotic use in animal agriculture is that antibiotic residue is left on the food they eat. However, the much larger issue is that antibiotic resistant bacteria are consistently found on raw meats, threatening dangerous foodborne disease outbreaks. While the impacts may be felt individually when people become ill, this problem is systemic and a symptom of unhealthy food production practices.

Clearly, our current food laws are not protecting us from food borne pathogens, and these pathogens are becoming more resistant to the available treatments due to the misuse of antibiotics.

As more people become aware of the problem of antibiotic resistance—and the steps that can be taken to be better stewards of currently available antibiotics, such as purchasing meat raised without routine antibiotics—it is becoming easier for  foodservice directors, chefs and other hospital staff to take a stand and do to their part for antibiotic stewardship.

While it may take some extra effort to source meat raised without routine antibiotics, Patti Oliver, Director of Nutrition for UCLA Health in California sees it as a way that food choices in healthcare settings can protect public health. “It’s what we have control over. We don’t, for example, have control over prescriptions.”  Oliver goes on to explain, “It’s part of our mission in delivering leading edge patient care.  We want to participate in antibiotic stewardship and do what we can to prevent antibiotic resistance, and this is the way our department can participate in that.”