Polyvinyl chloride (PVC) is a problematic plastic because it requires additives such as plasticizers like diethylhexyl phthalate (DEHP), among others, and generates chemicals of concern throughout its life cycle – from manufacture, through use and disposal – resulting in potentially hazardous exposures to those chemicals in the workplace, in communities, and in some patients. 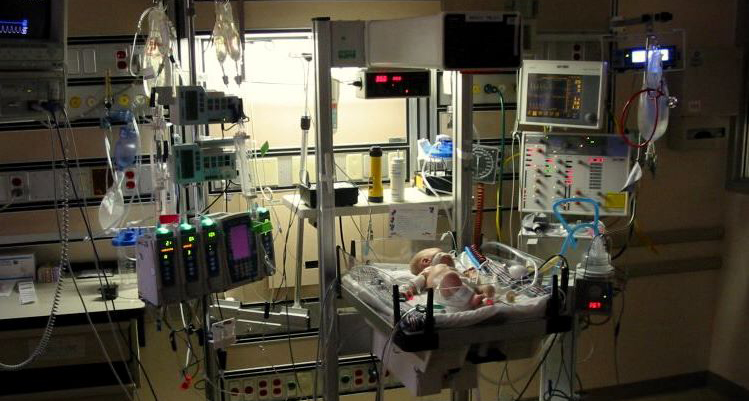 Exposures to DEHP during critical periods of development can interfere with testosterone production and disrupt normal development. This phthalate leaches from medical devices during certain medical procedures, directly exposing the patient. (Randy Cox/Flickr)

Chemicals of concern include, but are not limited to, carcinogens, reproductive toxicants, and endocrine disruptors. Recycling PVC is challenging and can hinder recycling other kinds of plastic. Recycling PVC is difficult without strict separation and segregation.

Health Care Without Harm’s analysis “Polyvinyl chloride in health care: A rationale for choosing alternatives” elaborates on these concerns and provides the rationale for the following position statement.

Hospitals in the Practice Greenhealth network have made eliminating PVC and DEHP a top priority.

We have worked with hospital and health system members to identify high-priority product categories as defined by life cycle impacts, the potential for the release of toxic chemicals into the environment, exposures to people and wildlife, the relative toxicity of inputs, and the availability of safer alternatives.

Practice Greenhealth offers step-by-step resources and product lists in the following product categories that will make it easier for any hospital to restrict the use of PVC and DEHP.

Health Care Without Harm’s analysis “Polyvinyl chloride in health care: A rationale for choosing alternatives” distills current research to reveal the human and environmental impacts of PVC from production to end-of-life. It details the human health risks posed by chemicals of concern associated with the production of PVC and toxic additives such as DEHP. It also explores the pollution associated with traditional methods of disposal and recycling. The report also offers a summary of recent research about alternatives.