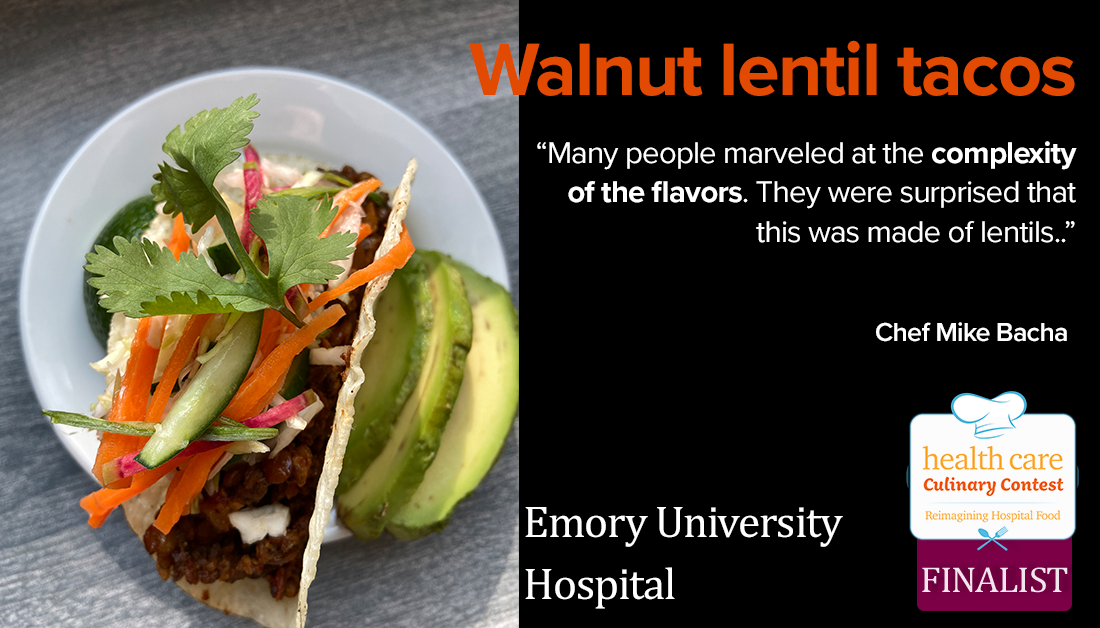 Mike Bacha has been Emory University Hospital executive chef for nearly nine years. Prior to Emory, Bacha was the opening chef de cuisine of Repast restaurant in Midtown Atlanta. The restaurant was named “best new restaurant in America” by Esquire magazine, “top five best new restaurants in Atlanta” by Jezebel, and “best wine-driven menu” by Wine Enthusiast. Other notable positions include saucier at The Ritz Carlton Buckhead and chef de cuisine at Chateau Elan Winery. Bacha has spent the past nine years reforming an institutional kitchen into a kitchen that prides itself on producing in-house food from scratch, sourcing local sustainable ingredients, and providing healthier options for patients, guests, and staff. His mission is to continue to develop Emory's menus to focus even more on the sustainability of food and educate staff, visitors, and patients about the importance of food sourcing and good cooking techniques. 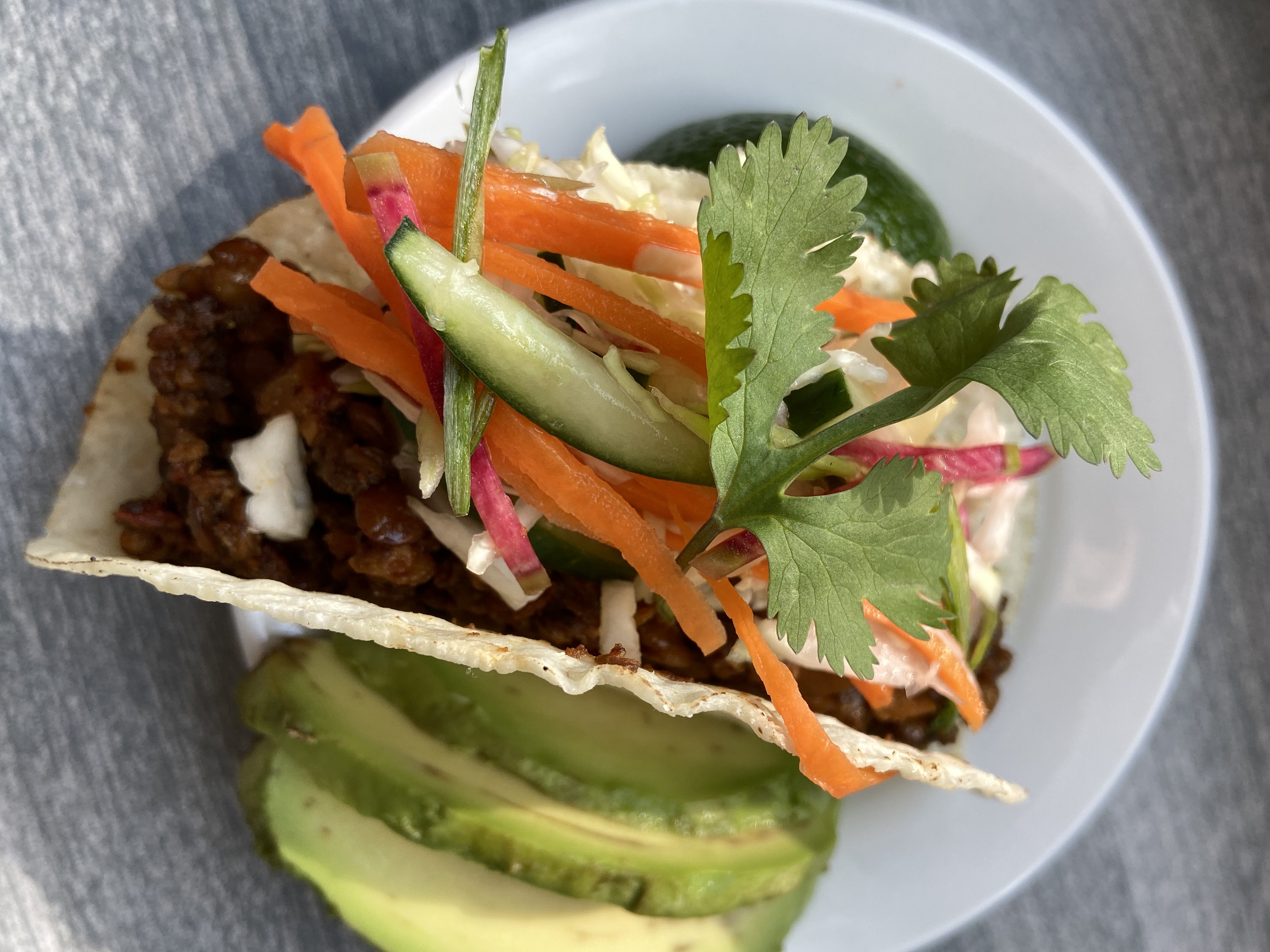 Why did you choose this recipe?

We have been making great strides toward including more plant-based recipes on our menus. In support of this effort, we host a monthly cooking demonstration. While we were brainstorming what to demonstrate for upcoming sessions, we came up with the idea of highlighting ingredients that are often ignored, maligned, or misunderstood. Lentils were the first one we thought of. Lentils are sometimes associated with healthy food and not so much with great cuisine. We wanted to do a session where we could showcase the versatility of lentils. That is when we came up with the idea to include a taco. We also do a consistent taco business in one of our cafes, so we knew it had potential to be featured at that station.

How did you feature the recipe?

We featured this recipe at one of our monthly cooking demonstrations. The feedback was overwhelmingly positive. Many people marveled at the complexity of the flavors and also that they were surprised that this was made of lentils. We worked on developing this recipe for our cooking demo where it was very popular and then added it to our taco offerings, and it has been selling quite well.

How is your recipe good for people and the planet?

Many of our ingredients were sourced locally from farms in Georgia and South Carolina, including the cabbage, cilantro, and cucumber (also organic).

We have been on a journey for the past few years to raise awareness and excitement around plant-based foods and have been promoting them more in our cafes, so it seemed like a natural fit for us.