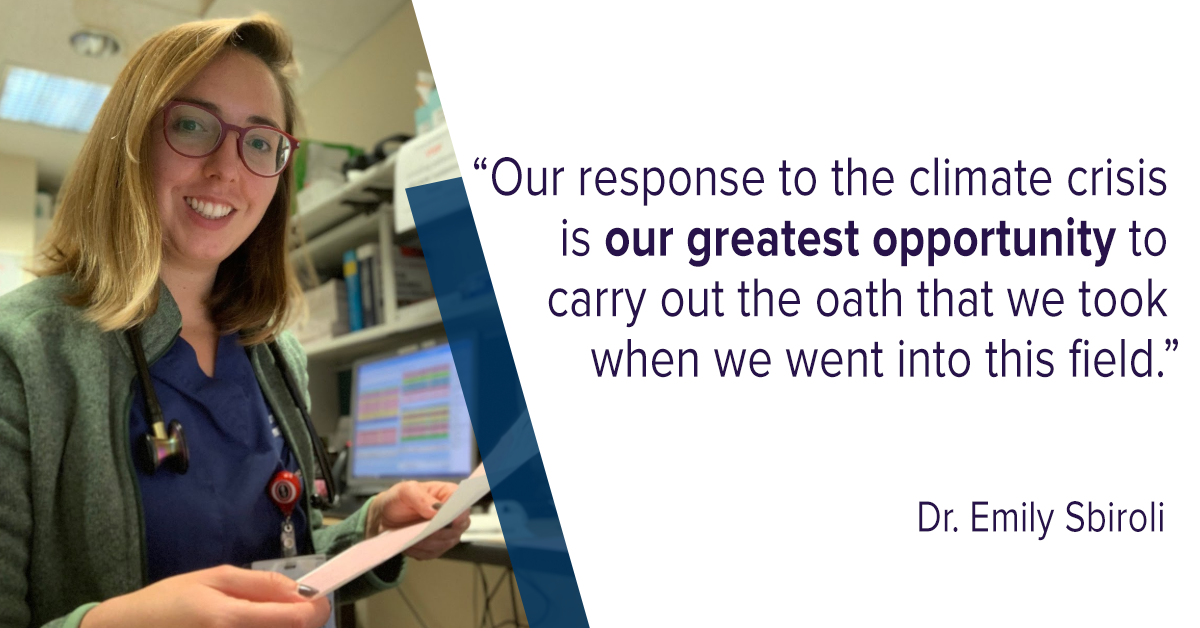 As early as kindergarten, she recalls being determined to protect the environment. During a class assignment, she wrote that as the president’s wife, she would tell the commander-in-chief “not to cut down any more trees.”

When Hurricane Sandy hit the East Coast, Sbiroli was a college student in New York City. The deadly superstorm devastated thousands of homes when it touched down in 2012, including her family’s home in Long Island which took on over three feet of water. Sbiroli offered her family shelter in her apartment in Queens, N.Y., but the move meant eight people would share the 400-square-foot living quarters.

As she cared for her relatives, Sbiroli first realized the importance of emergency doctors providing medical care during an extreme weather event.

She attended New York University, where she self-designed an undergraduate environmental sustainability major after the traditional majors didn’t meet her academic needs or environmental interests. Sbiroli planned to go to engineering school, but she missed interacting with people and began to consider a career in medicine as an opportunity to have contact with patients.

As she contemplated a change in career plans, she didn’t forget her passion for the environment. She knew a career in medicine would be the ideal way to combine her interests in sustainability, improving health, and helping people.

"During my clinical years in medical school I was so struck by the volume of waste we created in the name of patient care first,” she recalls. “Don’t get me wrong, patient care comes first, but I knew there had to be a better way.”

While doing medical school clinical rotations, Sbiroli became interested in emergency medicine after realizing emergency physicians were on the frontlines of health care, interfacing between the community and the entire hospital.

“This is what attracted me most to emergency medicine, and in the back of my mind I always knew that emergency doctors will be the first ones seeing the impacts of climate change on human health,” she says.

“As a resident, I realized I had a significant role in contributing to the waste problem on a daily basis,” she says. “It bothered every single day, and I felt like I just had to educate myself and become part of a larger movement.”

During her internship year, she decided to submit a poster presentation, “Tips for Greening Your Practice,” for the California American College of Emergency Physicians annual conference. While doing research for the project, she happened upon an advertisement for CleanMed and was thrilled to learn it would be taking place in San Diego in 2018. “I checked my schedule and by pure luck I happened to have those days off, and I immediately registered.”

Sbiroli says her professional life changed when she attended CleanMed, especially when she learned about Health Care Without Harm’s Physician Network during a session about climate change and emergency medicine.

“I couldn’t believe my fortune that an event and network like this even existed,” she says.

“My breadth of knowledge on the subject expanded tenfold after my attendance to the point where I am now known as the ‘it girl’ in my department when it comes to sustainability in health care."

After CleanMed, Sbiroli learned her poster submission to California ACEP was accepted. She felt empowered by her new found knowledge, “since I was about a hundred times more knowledgeable about climate-smart health care, I joined my hospital’s sustainability committee as the sole physician member.”

She was also inspired to apply for the Health Care Without Harm Emerging Physician Leader award. Sbiroli was one of two inaugural recipients of the award, chosen for her enthusiasm for climate-smart health care and inspirational vision for a sustainable future. 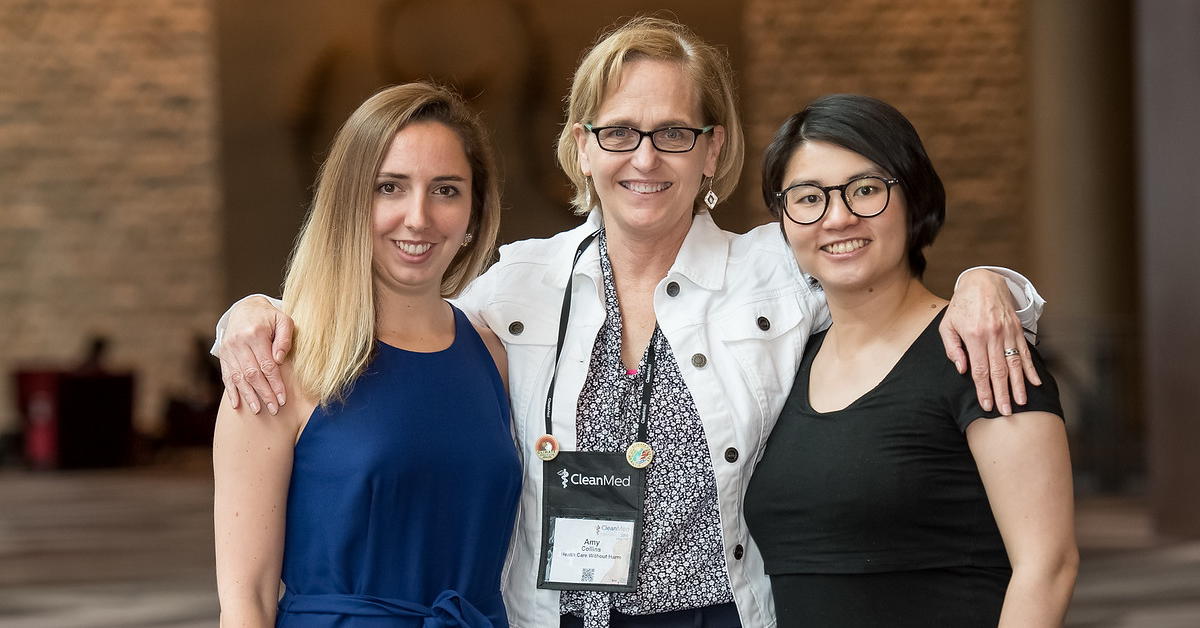 “I am so incredibly honored and grateful to have finally found a community of leaders and innovators who share the same goal of making sustainable health care a reality,” she said. “This award is a humbling reminder of the inspiring people I have met at CleanMed and the journey we have in front of us.”

Sbiroli is an active member of the Physician Network.

“I am constantly using the network’s resources for references for talking points in my presentations. I am also so incredibly grateful for the individualized mentorship I get from Dr. Collins.”

Now, Sbiroli is focused on disaster preparedness and advancing climate-smart health care. Even with the demands of residency, she says she will continue to raise awareness about the link between climate change, health, and health care in the emergency medicine community.

In a recent presentation at FIX 2019, Sbiroli asked, “who better to lead the health care sector in this public health crisis than the people who were trained in emergencies and wrote the book on disasters?”

“Climate change is here – it is at our doorstep,” she said.

“We are on the frontlines of it as emergency doctors, and we need to be as prepared for it as we are for the next stroke patient or struggling asthmatic that comes into our waiting room.

“Our response to the climate crisis is our greatest opportunity to carry out the oath that we took when we went into this field.”

Emily Sbiroli is an emergency medicine resident at UC San Diego Health. She was an inaugural recipient of the Emerging Physician Leader award. She serves as an adviser to the Health Care Without Harm Physician Network. When she’s not practicing medicine, Sbiroli enjoys swimming, paddle boarding, and picking fruit around southern California.