Pediatrician Dr. Hilary Ong says the patients she cares for inspire her to protect children from environmental threats, including climate change.

Her interest in environmental issues first developed when she moved to the United States during high school. Growing up in Hong Kong, she says she rarely had opportunities to visit nature. In California, she explored the Sierra Mountains, Yosemite, and other national parks. She joined the Sierra Club and started a green club at her high school, raising awareness of environmental degradation, and organizing beach clean-up days.

During college at the University of California, Berkeley, Ong attended the College of Natural Resources and furthered her studies on nutritional sciences and toxicology as it relates to environmental exposures.

Upon graduation, she received a Fulbright fellowship. Her year-long Fulbright experience in China inspired her deep commitment to protecting and promoting pediatric environmental health.

As a second-year medical student at the University of California, San Francisco, Ong led a grant-awarded research project to investigate the impacts on children’s health following the 2008 Sichuan earthquake in western China.

Through interviews with children and their family members, Ong learned pollution was the most common stressor adversely impacting children’s health.

“My experience in Sichuan was a pivotal turning point in my research and career interests,” she recalls. “I have since focused my time and effort on children’s environmental health issues, looking at the health effects of air pollution on pediatric asthma, obesity, and growth.”

Ong continued her environmental research work during her pediatric residency. She found herself in Ulaanbaatar in Mongolia, a city with one of the highest air pollution levels in the world. She studied the effects of air pollution on pregnancy and fetal growth. Ong found a differential in fetal growth patterns, with poorer growth, if conception occurred during the highly polluted winter months.

“My work in Mongolia actually confirmed my interest in pursuing further specialty training in pediatric emergency medicine,” she says. “I was torn between my clinical interest in managing high-acuity illnesses and injuries, and my research interest in environmental pollution. I wanted my clinical practice to inform my research, and vice-versa.”

Ong is particularly concerned about the link between climate change and pediatric asthma, “with worsening climate change, air quality will worsen, pollen counts will be higher, and the flu season will be prolonged – all which can trigger asthma exacerbations – and children are disproportionately impacted by climate change,” she says.

Since becoming a mother, Ong says she feels a greater sense of urgency to speak up about the climate crisis.

Ong recalls lying on her living room sofa watching TV after a busy overnight shift in the emergency department, when she heard Greta Thunberg, the Swedish youth climate activist, speaking during the World Economic Forum on the urgency to act on climate crisis.

“It struck me that balancing a career as a physician and an environmental health leader is a serious commitment for me,” she recalls.

In 2017, after Hurricane Maria led to shortages of essential medications after manufacturing plants were destroyed, Ong’s interest in looking at extreme weather events disruption of health care supply chains deepened.

“In my practice, I saw that when we had morphine and opioid shortages in our ED, kids with sickle cell disease who were in a pain crisis, waited longer in the emergency department and their pain was not as well controlled, because we had to find alternative pain medications that were not always effective. This is a big issue,” she says.

Ong plans to continue to explore how climate change contributes to medication shortages and supply chain disruption, “most importantly, how this is affecting children and our patients.”

Ong’s mentor, pediatric environmental health expert Dr. Jerry Paulson, introduced her to the Health Care Without Harm Physician Network and encouraged her to apply for the Emerging Physician Leader award.

Ong was one of two inaugural recipients of the award, receiving a scholarship to attend CleanMed 2019 in Nashville for her commitment to protect children from environmental health threats. 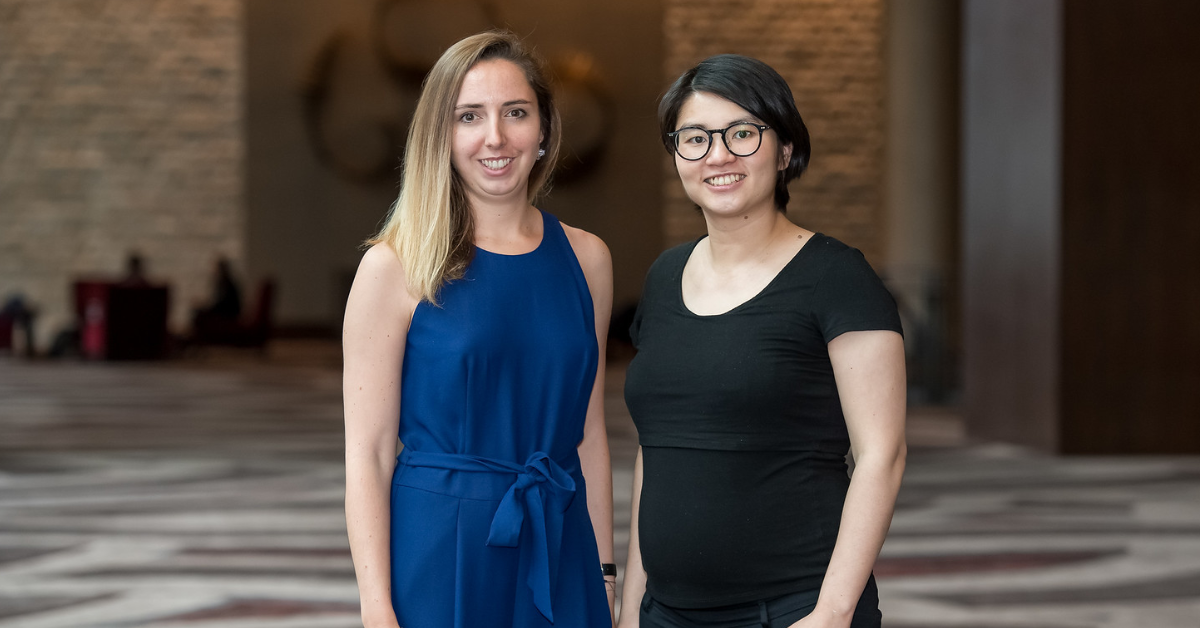 “CleanMed was an eye-opening experience for me,” she recalls. “It was the first conference I  ever attended that brought together multiple health care stakeholders to discuss climate mitigation strategies,” Ong says. “Attending CleanMed, without a doubt, expanded my knowledge of environmental sustainability and provided me the opportunity to learn from the leaders of the climate-smart health care movement.”

“There has been increasing awareness of climate change and environmental health issues among emergency medicine providers, but work still needs to be done to bring these issues into the broader conversation of our pediatric emergency medicine community,” she says. “This work entails research, advocacy, education, and mitigation.”

Hilary Ong is a third-year pediatric emergency medicine fellow at Children’s National Medical Center. She is an adviser to the Health Care Without Harm Physician Network. When she is not practicing medicine, Ong likes to swim, hike, and after a busy shift, binge on Netflix and HBO shows.